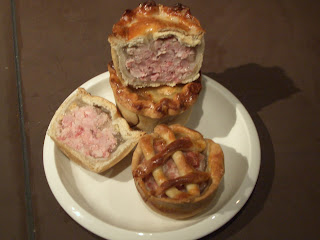 As you can see I'm rather fond of pies. I learned to make them at the Ginger pig in Mareylebone, London. 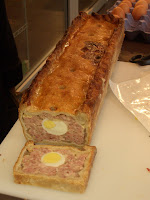 I then went on to work for Melrose and Morgan where I was asked to re-create some of the delights I had learned to make.
Every pie requires a certain type of pastry; Chicken fillings usually need shortcrust whereas Steak and kidney pies are fantastic in suet pastry. Pork fillings, of course, are best in hot water pastry, which is my favourite. It's also quite hard work, especially when making long pies such Gala pies. 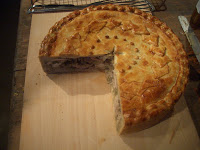 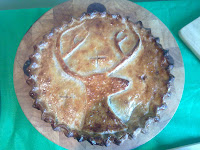 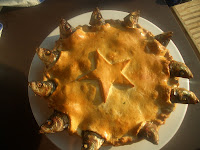 My six months M&M's went rather well, earning me the illustrious title of " Lord of the pies" so there you go....
Anyway here are a few more pictures and then I promise I'll move on to another subject.
Posted by Sylvain Jamois at 14:44 No comments:

Email ThisBlogThis!Share to TwitterShare to FacebookShare to Pinterest
Posted by Sylvain Jamois at 14:28 No comments:

Welcome one and all to my new blog!

I've been meaning to do this for quite some time and as a result it's fairly tricky to know where or when to start from...
I'll be filling in my profile as I go along so I won't go into too much detail about what I've  done in the past right now.

I see this as an opportunity to share recipes, ideas, advice and also to let you know about upcoming events. I will try to post as many interesting recipes as I can but bare with me if I go quiet in the busy periods. 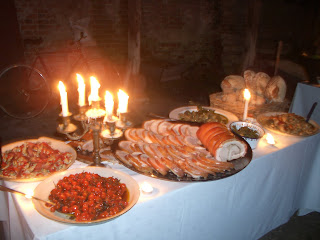 In the meantime here are a few pictures that will give you an idea of the sort of work I do.
Posted by Sylvain Jamois at 06:22 1 comment: